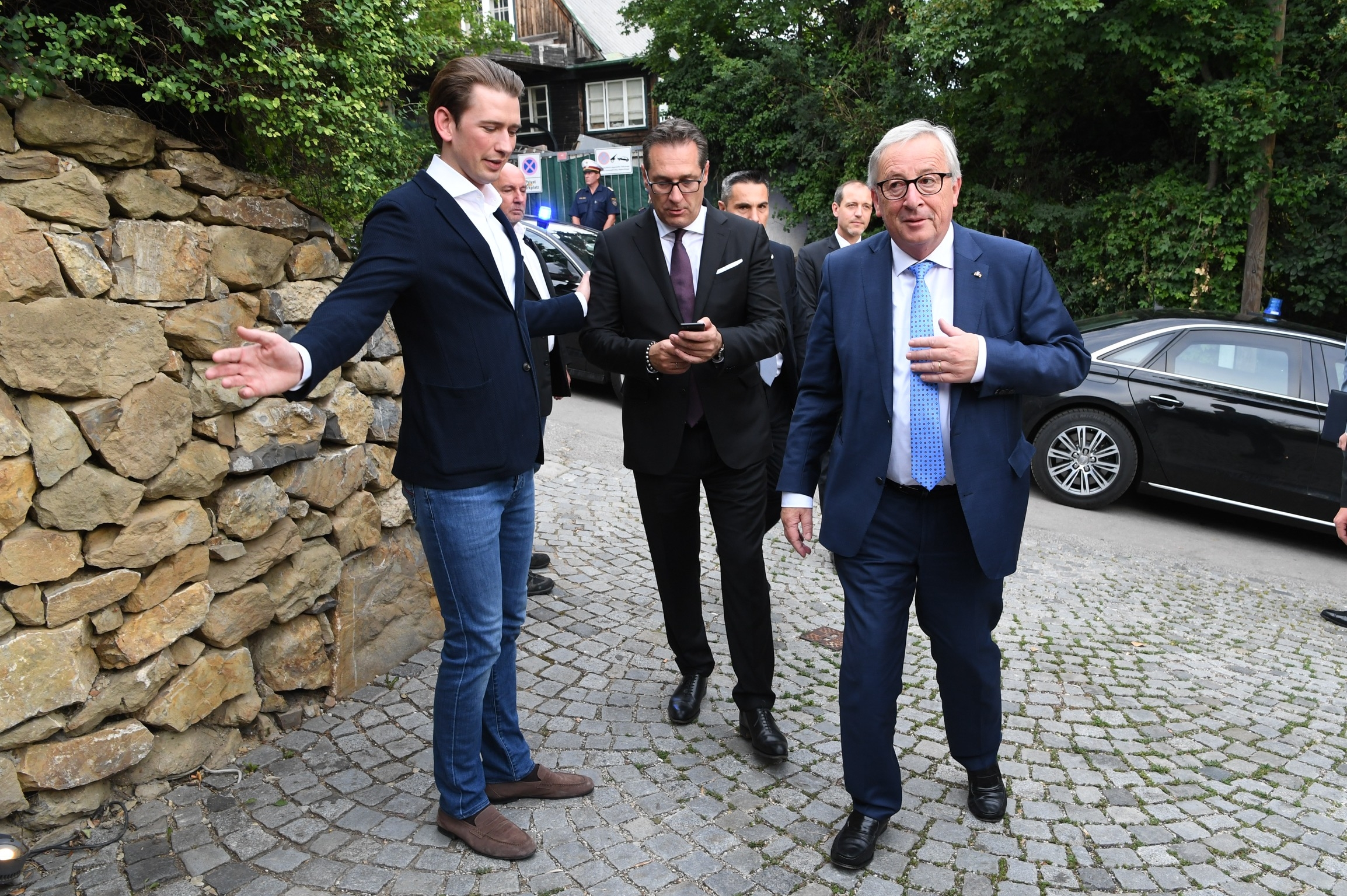 "Tensions have increased in the European Union. Our objective is to make the best possible use of our geographic position and be a 'bridge builder'," Kurz himself told journalists in Vienna last week.

There are concerns, however, about a government that includes the far-right Freedom Party (FPO) taking the lead in forming the policies of the bloc, on the back of a populist surge in Europe.

"In this period in the EU to have Austria in this pivotal position is a huge problem," Austrian Green MEP Michel Reimon bluntly told EUobserver.

But Othmar Karas, an influential Austrian MEP from Kurz's own centre-right People's Party (OVP), argued it was a "common prejudice" to call Kurz's government populist, and that Kurz's policies are very much pro-EU.

"Having a stable majority does not mean that you are a populist," he said.

"Kurz pushes forward with long-overdue reforms in Austria, which do not please everybody," he said, citing a new law, adopted on 5 July, that makes working time more flexible, and allows working days of up to 12 hours a day under some conditions.

Karas admitted however that while the FPO has adopted Kurz's 'constructive European' stances within the government, in the European Parliament they oppose everything that is European.

"This is a problem," he added.

Austria took over the EU presidency on 1 July. Presidencies are able to prioritise some policies over others, and push harder on issues that are in line with their own interests.

Knowing Austria's government was briefly boycotted by the EU in 2000 for having included the far-right FPO in the coalition, Kurz travelled to Brussels a day after he was sworn in to prove his pro-European credentials to the EU.

"Kurz is definitely pro-EU when it comes to economic issues, and there is no talk about Austria leaving the EU," Reimon said. But he added: "On political and social issues he is anti-EU, when it comes to the political perspective for the EU."

"Kurz is reading the polls and is doing what is giving him a majority … there is no ideology behind what he is doing," he said.

He added that the reason the EU does not criticise Kurz is that Brussels has learned, via the example of Hungary and Poland, that the commission lacks the means to confront member states' whose governments challenge core EU values.

Reimon said Kurz copies 'Orban's model' by pushing for political control over the state media to a new level, mobilising against perceived threats - and realising that smaller EU states can shape events by blocking policies.

He also added that Kurz's coalition partner, the staunchly pro-Russian FPO, has replicated in Austria the Orban government's campaign against US billionaire George Soros.

Kurz's far-right allies have been trying to prove their EU credentials, despite being allied with anti-EU forces such as France's National Rally - the former National Front - in the European Parliament.

"Being in the same group doesn't mean that we all agree on everything," transport minister Norbert Hofer told journalists last week.

Hofer, who was the FPO's candidate in the 2016 presidential election, insisted that his party was critical of the EU "if it becomes a purely centralised union," and that it would do "everything possible" to help the EU presidency work for a "more united" EU.